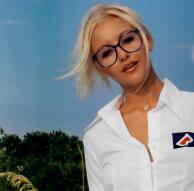 According to PEOSH (1997), “These painful and sometimes crippling disorders develop gradually over periods of weeks, months, or years.

“They include the following disorders which may be seen in office workers:

“Carpal Tunnel Syndrome – a compression of the median nerve in the wrist that may be caused by swelling and irritation of tendons and tendon sheaths.

“Tendinitis – An inflammation (swelling) or irritation of a tendon. It develops when the tendon is repeatedly tensed from overuse or unaccustomed use of the hand, wrist, arm, or shoulder.

“Tenosynovitis – An inflammation (swelling) or irritation of a tendon sheath associated with extreme flexion and extension of the wrist.

“Low Back Disorders – These include pulled or strained muscles, ligaments, tendons, or ruptured disks. They may be caused by cumulative effects of faulty body mechanics, poor posture, and/or improper lifting techniques.

“Synovitis – An inflammation (swelling) or irritation of a synovial lining (joint lining).

“DeQuervain’s Disease – A type of synovitis that involves the base of the thumb.

“Bursitis – An inflammation (swelling) or irritation of the connective tissue surrounding a joint, usually of the shoulder.

“Epicondylitis – Elbow pain associated with extreme rotation of the forearm and bending of the wrist. The condition is also called tennis elbow or golfer’s elbow.

“Thoracic Outlet Syndrome – a compression of nerves and blood vessels between the first rib, clavicle (collar bone), and accompanying muscles as they leave the thorax (chest) and enter the shoulder.”

“Cervical Radiculopathy – A compression of the nerve roots in the neck.

“Ulnar Nerve Entrapment – A compression of the ulnar nerve in the wrist.”

I was a court reporter for 10 years then became an inventor after spending most of my time working in very uncomfortable chairs. I invented The Buttpillow® and was granted my first patent called the "Pillow with Cantilever Supports." At the same time, I also submitted a patent application for "The Carpal Tunnel Chair,” and spent years researching seating. After R&D on The Buttpillow®, it was determined different embodiments were needed for proper ergonomic positioning depending on the individual sitter. The patent for the "Ergonomic Seating Cushion,” was submitted, which has several embodiments, and was granted by the USPTO in late 2002. It was later amended to include an embodiment specifically to help women maintain the natural curve of their lumbar spine during pregnancy. Subsequently, in 2003, I invented Ergosoft™ break reminder software based on OSHAs Ergonomic Standard so people can identify and minimize ergonomic risk factors around them. View all posts by Melanie Loomos