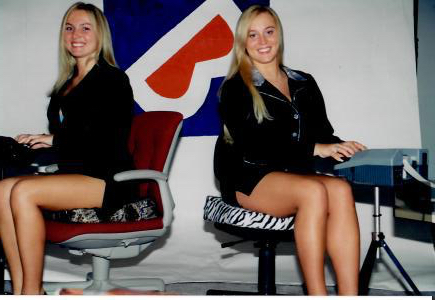 In this study, a motion analysis system was used to measure the amount and velocity of lumbar spine and hip motion during forward bending.

The authors begin by citing the following previous findings:

EPIDEMIC OF LOW BACK PAIN

“Disorders of the low back have reached epidemic proportions, (DeRosa, C.P., 1992).”

“Epidemiologic studies show that billions of dollars are spent annually on the problem of low back pain, which is one of the most commonly-cited problems for lost work time in industry and Workers’ Compensation claims, (Chase, J.A., 1992; Frymoyer, J.W., 1988; and Pope, M.H., et al., 1991).”

SLOUCHING WHILE SEATED / BENDING AT THE WAIST WHILE STANDING

“Saunders reports that people with herniated inter-vertebral discs often have a history of an activity or occupation involving repetitive forward bending.”

“Nachemson (1981) has shown that inter-vertebral disc pressure increases 20 percent over that measured in standing when forward bending 20 degrees, and increases 100 percent when bending up to 40 degrees.”

“It has been suggested that inadequate hip flexibility coupled with excessive lumbar motion during forward bending results in low back pain, (Biering-Sorenson, F., 1984; Sahramann, S.A., 1993). . .Sahramann (1993) suggests that excessive lumbar mobility leads to tissue overloading, micro-trauma, and ultimately the development of degenerative joint and disc disease. A person may experience low back pain at any stage of this sequence of events.

In the conclusions, the authors state: “The results provide quantitative data to guide clinical assessment of forward bending motion.  Results also suggest that although people with a history of low back pain have amounts of lumbar spine and hip motion during forward bending similar to those of healthy subjects, the pattern of motion is different.  It may be desirable to teach patients with a history of low back pain to use more hip motion during early forward bending, and hamstring stretching may be helpful for encouraging earlier hip motion.”