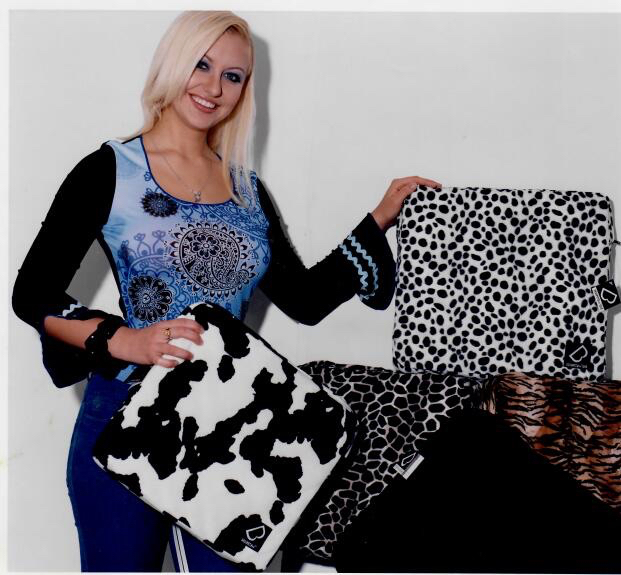 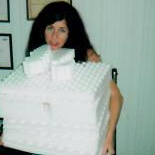 “The use of cellular foams in the orthotics and prosthetics industries is widespread and ranges from applications as shoe insole material to prosthetic limb inserts.

“It is our impression that orthotic and prosthetic practitioners select interface materials, including cellular foams, in an arbitrary fashion based on availability and personal knowledge.

“This discussion is relevant to orthotists and prosthetists because it addresses an overview of the properties of cellular foams, the knowledge of which may be useful in the determination of the function of a particular foam material in load-bearing applications.”

“Cellular polyethylene foams are best described as a mass of bubbles composed of a plastic and a gas phase.  The polymer is distributed in the walls of the bubbles and the lines where the buttles intersect (Blair, E.A., 1967).

“The bubbles are referred to as cells, the lines of intersection are called ribs or strands, and the walls are called windows . . . Depending on the configuration of this two phase gas/solid system and on the synthetic material used, cellular plastics exhibit a wide range of mechanical properties.”

“An open cell material is one which has open windows leaving many cells interconnected in such a manner that gas may pass from one cell to another.

“Alternatively, closed cell materials are made up of discrete cells through which gasses do not pass freely.”

“A physical test of the mechanical behavior of a material can be done by continuously measuring the force required to develop a degree of compression.  This information is useful because it aids in an evaluation of a foam’s response under load-bearing conditions.”

The data show that compressive load of polyethylene foam increases as fraction of open cells decreases.

“When there is a small fraction of open cells, the compression force is distributed over a larger number of cell walls and ribs thereby increasing the compressive resistance.

“It can be concluded that the influence of cell geometry on the mechanical properties of cellular foams is significant.  Specifically, increased compression strength is acquired as the cell diameter decreases.  In addition, decreasing the fraction of open cells increases the required force for a given degree of compression.”

2)     Journal of Rehabilitation Research and Development, Vol. 27, No. 2, 1990, “Reduction of Sitting Pressures with Custom Contoured Cushions,”  written by Stephen Sprigle, Ph.D.; Kao-Chi Chung, Ph.D.;  Clifford E. Brubaker, Ph.D., University of Virginia Rehabilitation Engineering Center, U.S.A.:
The authors state the following:
“Previous research indicated that matching a cushion to the shape of the buttocks results in less tissue distortion and lower interface pressures.”
“Material studies were determined by examining the load-deflection curves for flat foams of 1, 2, and 3 inch thickness.”
“It was found that sitting on contoured foam resulted in a lower pressure distribution than sitting on flat foam; and sitting on soft foam resulted in a lower pressure distribution than sitting on a stiffer foam.”
“Loaded contoured foam demonstrated increased enveloping of the buttocks, decreased foam compression, and a more uniform pressure distribution.  These attributes are typical of a safer sitting surface and may indicate less disuse distortion.”

The authors make the following statements:

“Wheelchair users often sit 12 to 16 hours a day while participating in daily activities . . . special seating support especially for spinal cord injured (SCI) persons and others with insensate skin.”
“Over the past three decades, many studies have focused on the biomechanical aspects of decubitus formation.  Tissue trauma is now recognized as a multidimensional process with externally applied pressure being identified as a primary contributing factor, (Bennett, L.; Kanner, D.; Lee, B. K.; and Trainor, F.A., 1979; Krouskop, T.A., 1983).”

“Recently, tissue distortion has also been identified as a potentially damaging condition, (Chung, K.C., 1987; Swart, M.E., 1985).”
“These two risk factors are related because distortion results from the external forces being exerted on soft tissue.”
“The original analysis of contact stresses was published in 1881 by Heinrich Hertz.” 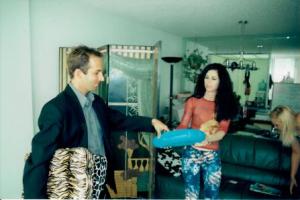 The authors open with the following statements (1987 prices):

PREVENTING SKIN BREAKDOWN IS A PRIORITY

“A single pressure sore costs more than $8,000 to heal.  Multiply that cost by more than a million hospital and nursing home patients who will develop pressure sores this year, and you see why preventing skin breakdown is a health care priority, (Hargast, T., 1979; Staggs, K., 1983).”

The authors include the following findings:

“The only extrinsic (coming from outside the body) factor is pressure.”

“Of the six different pressure-relieving devices studied, the air donut was least effective in reducing inter surface pressures.  In addition, subjects reported it to be quite uncomfortable to sit on.

People Should Have More Than 1 Pressure-Relieving Device

All the other devices reduced inter-surface pressure about equally . . . having more than one pressure relieving device to choose from allows selection based on individual patient comfort.

“Pressure on capillaries (the smallest blood vessels) over time leads to tissue necrosis (degeneration.)  None of the devices tested minimized sitting surface pressures generated when sitting in one position.  To prevent tissue damage, people must be able to shift their weight or be assisted to alternate pressure points.”

“Mechanical stress states that develop in the buttock during sitting may exceed tissue tolerance and lead to decubitus ulcer formation in susceptible patients, such as those with spinal cord injury.
“The danger of this complication can be reduced by using suitable cushions to minimize stress magnitudes and gradients within soft tissues.
“In this investigation, a two-dimensional physical model of the buttock-cushion system was developed to aid in cushion design.”

“Although many cushion materials are in current commercial use, the following five representative materials were selected for these initial tests:

“In order of increasing maximum compressive stress generated in the buttock model, the material samples of equal thickness can be ranked as follows:

“The enveloping property of a seat cushion is a measure of its tendency to wrap around the object it supports, (i.e., in the present case, the buttock model).  A good enveloping cushion provides a large contact area and a uniform stress distribution, (Chow, 1974; Cochran and Palmieri, 1979).’